Is that true? Consider the election held in 1800 too.

Just twelve years after ratifying the Constitution, President John Adams ran for re-election against his own vice president, Thomas Jefferson. The rhetoric was superheated by hyperpartisan media, making it one of the country’s most acrimonious episodes. 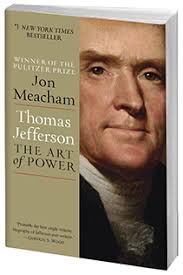 Jon Meacham’s outstanding volume, Thomas Jefferson: The Art of Power, and David McCullough’s excellent biography, John Adams, reveal the apocalyptic language that was common on both sides of the aisle. Federalist papers supporting Adams and Republican papers behind Jefferson were the equivalent of FOX News and MSNBC.

“Hyperbole was the order of the day,” Meacham writes. “For Republicans, Adams was an aspiring monarch. Americans, one Republican wrote, ‘will never permit the chief magistrate of the union to become a king instead of a president.’ For Federalists, Jefferson was a dangerous infidel. The Gazette of the United States told voters to choose ‘GOD—AND A RELIGIOUS PRESIDENT or impiously declare for JEFFERSON__AND NO GOD.’ ” (Meacham, 322)

McCullough tells us, “In almost daily attacks in the Aurora, Adams was belittled as ‘The President by Three Votes,’ mocked again as ‘His Rotundity,’ excoriated as a base hypocrite, a tool of the British, ‘a man divested of his senses,’ . . . a man ‘unhinged’ by the ‘delirium of vanity.’ ” (McCullough, 485, 498) 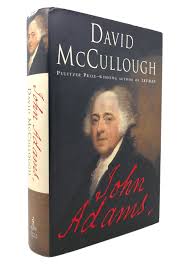 Adams ended up third behind Jefferson and Burr who were tied in electoral votes. Yes, this was the election in which for Jefferson, “It might be nice. It might be nice to get Hamilton on your side.” Hamilton’s tilt toward Jefferson helped break the deadlock in the House between the two Republicans.

One irony is that Jefferson and his Republican friends feared that Adams wanted a stronger executive leaning toward that of a monarch. Yet it was Jefferson who expanded the power of the presidency far more than Adams ever contemplated. Not the least example of this was doubling the size of the country through the Louisiana Purchase, though the Constitution was very unclear (silent?) about such a transaction. (Meacham, 389-391)

Extreme political language is not an invention of the last twenty years. And if we are looking for the period when the country was most at odds with itself, we dare not forget a Civil War costing the lives of six hundred thousand. That level of violence seems to be more polarized than anything we are experiencing today.

Am I saying the issues we face now are unimportant and not worth vigorous debate? Not at all. Rather, we should put today’s conflicts in perspective. The end of the world is not at hand pending the outcome of the next election. Nonetheless, we should always work for the common good, to support those who are in need, to ensure justice and fair play for all.

Do you want more insight on how to think, to act, and to understand our current situation? Then read a good history book or two and stay away from Twitter.

One thought on “America’s Most Polarized Election?”