I have a one-question survey that will reveal with near perfect accuracy whether or not you are an individualist. Set? Here it is: Would you readily consider allowing your parents to arrange a marriage for you?

Those of us from a Western culture would never give this the slightest bit of serious consideration. But in collectivist cultures (which make up the majority of the world), people answer yes to this all the time. 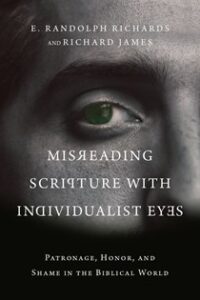 With many stories of their own experiences in the Middle East, Asia, and elsewhere, the authors unpack how kinship, patronage, brokering, honor, shame, and boundaries are all hidden in plain sight in the Bible. A few examples.

Why does Matthew spend all that time laying out Jesus’ genealogy? Because honor often comes from your family, your family’s history, who you are related to. To be descended from Abraham and David brings great honor (Mt 1:1).

Why does Nicodemus come alone at night to talk with Jesus? Not because he feared the other Pharisees. Rather he didn’t want to inadvertently shame Jesus publicly by asking a question that might be seen as a challenge to a teacher he clearly respected (Jn 3:2).

When Jacob gives Rachel’s son, Joseph, the multicolored coat, the other sons aren’t jealous because he got a better Christmas gift? No. It was much more serious. They realized this meant Joseph was going to be treated as the first-born and get their father’s inheritance. They were angry that their side of the family (all being sons of Leah) would be dependent on Joseph’s generosity, which seemed unlikely from this arrogant kid. This is not an individual’s rags-to-riches story. It is a story of kinship and family reconciliation. Both sides forgive the other for the wrongs they did.

The discussion on shame is especially illuminating because we often only have one definition of shame, and it’s bad—something to always be avoided. But in Scripture and much of the world, there is also a good kind of shame that seeks to nudge people in the community back into proper behavior. It’s kind of like our conscience. Having a sense of shame beforehand can keep us from acting wrongly, not just feel bad after acting wrongly. The book offers multiple examples of when shame creates a path for restoration—which is good shame. When it seeks to exclude and cut others off, that is bad shame. 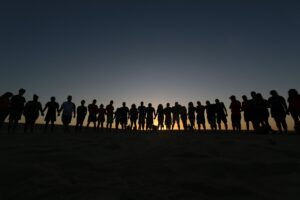 From a Western perspective, we might see patronage as creating unhealthy dependence, even being oppressive. But those inside see it as providing protection, meeting needs, giving security. Yes, it can be abused, but the problem then is not the system but the people in it.

Our lack of a corporate sense can minimize our commitment to the church and even to family that the Old and New Testaments assume. I am not just saved, you see. The Bible says I am also saved into a community.

I received a prepublication complimentary copy of this book from the publisher. The opinions here are my own.