Once I received a letter from a reader who said that a book published by the firm I worked for had plagiarized his own writing. This was a serious charge and a rather shocking accusation because our book was written by a senior scholar with a stellar reputation. Could this be possible?

What made the case more interesting was that the writer of the letter said he had been a student of this scholar some fifteen years before. The scholar, claimed the student, had incorporated some of the student’s paper into the book we published. And he provided evidence. Several paragraphs from his paper matched exactly or very closely portions of the book.

We sent the material on to the author for his comment. After reviewing it, he admitted it was true. How had it happened? 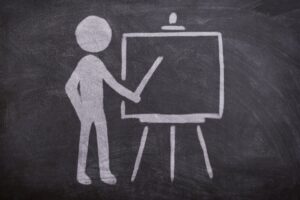 The author thought the student’s paper was excellent and began referring to it, even reading from it, in his lectures over the next several years. Slowly, in his class notes, the student’s name became detached from the quotations. Then the quotation marks disappeared. When it came time to write a book based on these lectures, the author had forgotten where this material in his notes had come from and assumed it was all his own.

How did we resolve this? We and the author agreed to revise the book in the next printing. We put the student’s material in quotation marks and gave due credit in the footnotes.

The Lesson to Be Learned: Whenever you prepare a talk, a sermon, or a lecture—always footnote your speaking notes as if it were to be published. You never know when you might take some old material (even decades later) and work it into a published piece. Include not only the name of the person responsible for the quote (or for the point of fact) but also, the name of the book, the publisher, date of publication, and page number. Then you won’t have to spend hours trying to track it down—which can sometimes be impossible, even in the internet era. I know—I’ve tried.

Corollary: When speaking, give credit to your sources, whether quoted or summarized. You can’t give full bibliographic information since that would make your talk impossible to listen to. But you can say, “As David Brooks says in his new book . . .” That is intellectually honest (you didn’t come up with the idea), and it doesn’t unduly interrupt the flow of your talk.

One thought on “Footnote Your Talks”