Two novels written decades ago have shaped the genre of dystopias–grim tales of the near future. From these have come The Hunger Games, the Divergent series, The Handmaid’s Tale, The Matrix, even Pixar’s WALL-E, and many more. What are the two landmark books? 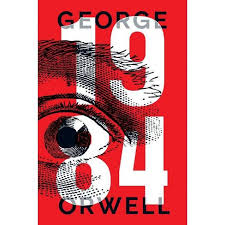 George Orwell’s 1984 (published in 1949) imagines a future dictatorship in which Big Brother knows everything that everyone does and thinks. Aldous Huxley’s Brave New World (published in 1932) imagines a highly technological society in which humans are genetically bred, indoctrinated, and drugged into passive obedience.

I’ve been rereading Neil Postman’s classic Amusing Ourselves to Death, published in 1985, and was once again struck by his opening comparison of these two. He writes:

Contrary to common belief even among the educated, Huxley and Orwell did not prophesy the same thing. Orwell warns that we will be overcome by an externally imposed oppression. But in Huxley’s vision, no Big Brother is required to deprive people of their autonomy, maturity and history. As he saw it, people will come to love their oppression, to adore the technologies that undo their capacities to think. 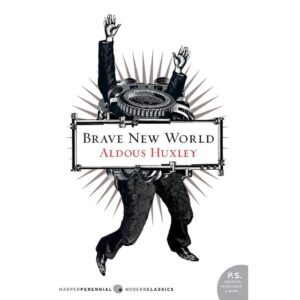 This book is about the possibility that Huxley, not Orwell, was right.

What do you think? Was Postman right? Is our world closer to Brave New World than to 1984?

4 thoughts on “Two Visions of the Future”