Most of us think of ourselves as reasonable, rational human beings who make decisions and come to conclusions using facts and logic. I know I do.

That’s also what Langdon Gilkey thought of himself and his two thousand fellow prisoners in a Japanese detention camp during World War II. He was amazed to find out how wrong he was.* 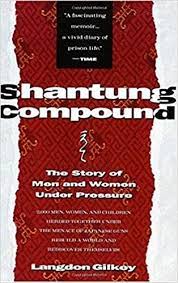 Since the Japanese allowed the prisoners to run some of their own affairs, he was, for a time during the internment, on the housing committee for the camp. That team’s role was to help create as much fairness as possible in crowded conditions.

When, for example, a group of eleven men complained that their living quarters had the exact same square footage as a group of nine, he took up their cause. Surely the nine would see the justice of the concern. They would be willing to accommodate one more. They were not.

The nine came up with every possible defense of the status quo. “We are already crowded ourselves.” “Why pick on us? Aren’t there worse problems to deal with?” “We won’t consider it. Get out of here.”

Not only in this one situation, but nearly every time they sought to solve a housing issue to create more comfort, care, or fairness, they were intractably opposed. No appeal to logic or ethics swayed anyone. Gilkey found this was true regardless of class, occupation, culture, nationality, or gender.

We may think that the stress of imprisonment in harsh conditions makes people more likely to defend what little they have through emotional reactions and transparent rationalizations. But years of research have proven otherwise.

In study after study, Jonathan Haidt discovered what he calls the rider and the elephant at work in each of us (also see here). We think in two ways. One is slower and more deliberate, including reasoning (the rider). The other is more automatic and includes emotion and intuition (the elephant). We tend to assume that the rider guides and controls the elephant. But as his studies have shown, because the elephant tends to react faster, the rider tends to follow the lead of the Elephant. 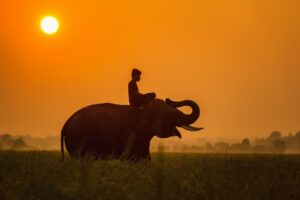 Riders are not mere lackies. They can learn new types of thinking (math, logic, technology, etc.) and explore alternatives which can help the elephant avoid disaster. “And most important,” as Haidt wrote in The Righteous Mind, “the rider acts as the spokesman for the elephant, even though it doesn’t necessarily know what the elephant is really thinking. The rider is skilled at fabricating post hoc explanations for whatever the elephant has just done, and it is good at finding reasons to justify whatever the elephant wants to do next.” [54]

Obviously, we do change our minds from time to time. The elephant is not totally unmoveable. But Haidt suggests that the elephant is more likely to change if it is addressed directly. That can then create enough openness for the rider to also be willing to entertain new ideas and different reasoning.

I enjoy thinking things through, deliberately working out questions and issues. But, like those civilized, educated folk in the internment camp as well as most everyone else, I also have intuition and gut reactions. I’m sure they guide me more than I think.

Image by Sasin Tipchai from Pixabay

3 thoughts on “We Aren’t As Reasonable As We Think”