A friend said, “I have a number of coworkers who feel disappointed in the course their careers have taken. They’ve not succeeded or advanced as they had hoped. They feel that what they have to offer hasn’t been fully utilized. What would you say to them?”

Such feelings are common. Our aspirations at thirty often aren’t realized at sixty. We see so many possibilities early in life. Slowly, however, options are eliminated as each choice we make narrows our vista. And time limits other avenues as each year proceeds. 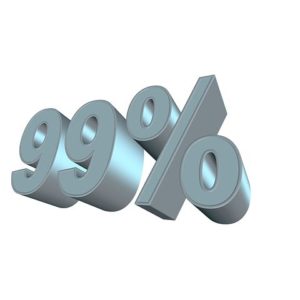 Is such dissatisfaction the fate for the ninety-nine percent? When I started looking back about age sixty, it occurred to me that both the successes and disappointments in my career had remarkably little to do with me.

In college I had an interest in publishing and so took the opportunity to join IVP when I saw an openning a few years later. At that time Christian publishing was booming. Bookstores were multiplying. Authors were productive. The Jesus movement was moving. The economy was stable. So many key decisions I made succeeded. Now I see that I didn’t do well because I was so smart, savvy, and forward looking. Mostly I was just in the right place at the right time.

Then the environment changed. Bookstores began to fade. Reading rates were flat or declining. The rise of digital threatened the life of print. The economy tanked. The growth of publishing and Christian publishing became a glut as the number of new books published grew from 40,000 to nearly one million each year. I worked harder, longer, smarter than ever. Little seemed to make any discernible difference. Mostly I was just in the wrong place at the wrong time.

Circumstances play a huge role in our lives, often far more than our particular strengths and weaknesses. If in the 1890s my grandparents had not decided to leave Europe before two world wars engulfed the continent, I might not be here geographically–or here at all. That decision had a much more profound affect on the course of my life than any decision, effort, or skill of my own. 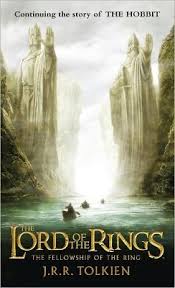 This is not fatalism. This is perspective. My choices do have genuine impact. But within a limited sphere. In The Fellowship of the Ring, Frodo lamented the evil tide of events that was building around him.

“I wish it need not have happened in my time,” said Frodo.

“So do I,” said Gandalf, “and so do all who live to see such times. But that is not for them to decide. All we have to decide is what to do with the time that is given us.”

Due to circumstances in those later decades of my career, I didn’t get to use all my gifts or abilities the way I wanted. That, however, is not the point. Whether our times be good or ill, our task is to decide how to respond and who we will be in the midst of them.

When I look back now, I think, what a gift to see IVP weather so many challenges, to have worked with so many fine people, to have accomplished so much, to have touched so many readers, to have had the opportunity to use so many of the gifts God gave! When I look back, I do so with gratitude.

One thought on “Career Perspective (1)”