Books are better sources of information and insight than tweets or headlines. Two years ago I reviewed here The Myth of Equality, a book that gives more help and understanding than anything you will hear or read in the news today.

Ken Wytsma was talking with a young man running his own landscaping firm who was proud of how he’d started from zero and succeeded by virtue of hard work, with no benefit from privilege. So Ken asked where he got most of his business (the suburbs) and where they worked on jobs (in backyards) and when (during the day) and how he got business (putting flyers on doors and knocking at houses).

Then Ken asked, “If you were a young black man proposing to work in the backyards of those suburbanites during the day when they’re not home, is it possible some of your clients might show a degree of suspicion or bias? If you were Hispanic, talked with an accent, or looked like you were from a culture unfamiliar to the suburban communities where people can afford backyard ponds and fountains, do you think it might–even if ever so slightly–affect how successful you are when you knock on doors?” The white friend understood. 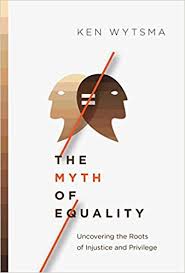 While equality is an American ideal, Ken Wytsma tells us, it is also an American myth. State-sponsored racist policies did not end with the abolishment of slavery. They have continued in various forms ever since.

As Wytsma recounts in The Myth of Equality, voting restrictions in the post-Reconstruction era reduced Alabama’s black voter turnout from 180,000 to 3,000. It fell to zero in Virginia and North Carolina. Today efforts continue to hinder voter registration.

Astonishingly, forced labor was widely reinstituted around the turn of the twentieth century with thousands of blacks arrested on minor charges and then leased back by the state to business owners. In fact, in Mississippi, “25 percent of convicts leased out for forced labor were children.”

Regarding housing, redlining in the North during most of the twentieth century reduced the value of minority real estate holdings, with contractual options to take their property away from them for missing one payment–something white buyers did not have to endure. The effects of this systematic impoverishment are with us still.

In the last fifty years, the war on drugs has targeted minority populations creating an incarceration-industrial complex. Things are beginning to change, but Wytsma finds it ironic that in Oregon, where marijuana is now legal, “white corporate businessmen now stand to make millions of dollars by selling a product that millions of men, predominantly of color, are currently incarcerated for possessing in miniscule amounts.” 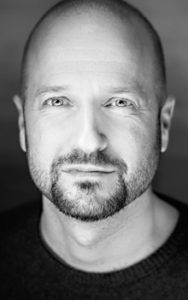 Does all this have anything to do with the gospel? Wytsma quotes Timothy Keller: “Any neglect shown to the needs of the members of the vulnerable is not called merely a lack of mercy or charity, but a violation of justice.” Biblical justice is not just punishing evil doers but restoring what was bent or broken. The cross doesn’t just allow sins to be forgiven but restores relationships. It reconciles us to God and us to each other.

Compassion for individuals is good and right, but it is only a component of justice which also looks to remedy underlying causes for such needs. Compassion, contends Wytsma, can also feed our hero complex. We encourage a more holistic justice when we use our influence and authority to give our responsibilities, opportunities, and power to those who have not had it equally.

Through a clear retelling of American history, a well-rounded discussion of biblical justice, and concrete ways we can move ahead individually and corporately, Wytsma provides an important book on an important topic.

Disclosure: I received a complimentary review copy of this book from the publisher. The opinions I have expressed are my own.