Once I was the editor for an author whose book I didn’t understand. I liked him personally but found his manuscript vague. He employed specialized vocabulary, using words to mean things they didn’t normally mean. I had no idea why the book was organized the way it was and couldn’t figure out what other structure to suggest. His stories were coherent and easy to read, but I didn’t see how they fit.

There was nothing wrong with the book sentence by sentence. He was a competent writer. His content was not offensive or inappropriate in any way. I just didn’t get it. Who was he writing for? What was he trying to achieve? What was his main point? I couldn’t tell. 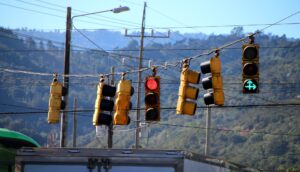 So what did I do as his editor? I asked for no revisions whatsoever and published the book as it was. Why?

Because he was clearly intelligent, had published successfully before and had a following. He was a sought-after speaker and consultant. I was sure this book would also find his substantial audience—and it did! I was equally sure that I was not part of that audience.

The lesson here is for editors. We don’t have to like a book to publish a good book. Sometimes we don’t even have to understand a book to publish it. We do, however, have to recognize that it has value for an existing audience.

We need to be humble enough to let the authors that we have contracted to speak for themselves. This can be hard because as editors we are often jacks of all trades. We know and have learned a lot about a lot. And if we don’t understand something, we assume no one else will either. It’s hard to remember that this is not necessarily true.

We believe we have average—ok, above average ability to decipher even convoluted prose. If we can’t figure it out, others won’t be able to either. This can also be false.

It’s often said that we shouldn’t judge a book by its cover. What we like, agree with, or even understand is also not the ultimate standard by which a manuscript should be judged.

Image by Greg Montani from Pixabay

One thought on “The Book I Didn’t Understand”