What does it mean that we are made in the image of God? Over the centuries many options have been proposed for what Genesis 1:27 means. 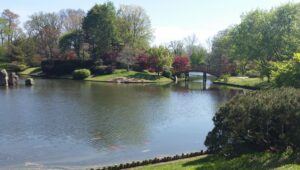 Does it mean consciousness or self-consciousness? The ability to think and be rational? Perhaps creativity, since God is obviously being very creative in Genesis 1? Could it be our spiritual nature, the ability to relate to God?

The problem with all of these (and many other proposals) is that they are also all true of angels. Then in what unique sense are humans in God’s image?

I believe the answer is right there in Genesis 1. When God gave the first man and woman in the garden a calling to be fruitful, to multiply, and to subdue the earth, this was not a command to dominate nature but to steward. As Jesus expresses in his parable, stewards are given something that belongs to another and are made responsible to not just protect it but to use it as the owner intended (Matthew 25:14-30).

God’s intention was not to use up the earth for himself. He wanted to expand his loving presence throughout his creation. Genesis 1 describes the formation of the cosmos the way the building of ancient temples were often described in ancient literature.* Temples were places where the deity resided. So the implication is that the whole cosmos is where God resides. 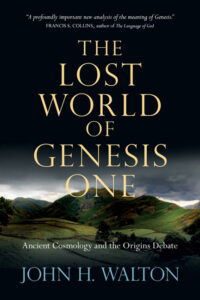 From descriptions of the tabernacle and temple in the Old Testament, we see that various parts were intended to represent the whole earth and the whole cosmos, symbolizing God’s presence throughout creation. A large brass bowl filled with water was called the sea (1 Kings 7:23-26). The altar was to be made of earth and uncut stones (Exodus 20:24-25). Representations of vegetation were to adorn the temple (1 Kings 7: 18-26, 42, 49-50). The seven candles represented the seven planets. The colors of the curtain and the priests’ robes were of the sky.**

The first chapters of Genesis focus on creating a cosmic temple for God to dwell in as well as a sanctuary in the garden as a kind of micro-representation of that cosmic temple where God was also to dwell. Why does God do this? Because his plan is for his ruling presence to expand from the garden (representing the cosmos) to eventually fill the whole earth.

That is the context in which we are to understand what is meant that the man and the woman are in God’s image. They (and we) are appointed vice regents, God’s stewards who participate with him in extending his presence throughout creation. We do this by bringing beauty and order as well as by bringing the Good News of God’s rule to the whole earth.