One temptation writers face is to offer a big idea (or maybe just a moderate-sized idea) without any specifics or examples. We give broad, general advice or theories which may be valid but which may also numb minds. As readers, we may struggle to understand and to remember the point.

Our brains crave the specific. This principle is called moving from the general to the particular. Taking my own advice, then, let me give a concrete example.

Consider the advice to avoid clichés, those standard phrases or images that have become verbal wallpaper. It’s good advice. But can I make that advice more specific? Yes. Avoid worn-out phrases like, “I held her at arm’s length.” Now you have a better idea what I mean.

That, however, is still not detailed enough to understand how to implement the general idea of cliché avoiding. I need more. What can I do? I can add: when you spot such a phrase, delete it or turn it into plain language. Rewrite it as, “I started spending less time with her.” 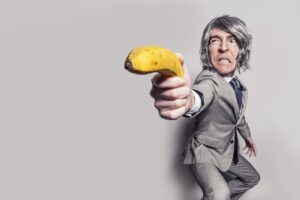 That, however, while valid, can be a bit dull. Here’s another strategy. Extend the metaphor embedded in the cliché. Again, good, general advice but can I give an example? Yes, I can.

Better  I held her at arm’s length wishing my arm were longer.

Now you understand much better what I mean. “Extend the metaphor” is theoretical and general. We have a hard time knowing exactly how to implement this excellent piece of advice when it stands alone. But with an example! Ahh! The mists of confusion disappear and the sun shines forth!

Moving the other way, from the particular to the general can work just as well. We start with a story about parents and children, or about bosses and employees, or about trees and squirrels. Then we draw a general principle from the tale.

Want to lock in understanding for your readers? The delight is in the details.