Many books on writing nonfiction advocate a clean style stripped of unnecessary words and ornate language—mine included! In Write Better I note, “Hemingway pioneered unadorned fiction a century ago. Orwell, Strunk & White, and Zinsser then took up the cause for nonfiction. And happily this approach still holds sway” (160). They rightly complain about the clutter of obscure or officious writing that hides what is being said rather than illuminates it. 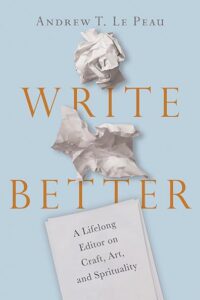 But then I add this thought: “Art goes through phases, and I suppose there will come a time when spare prose will fall out of favor and something different will replace it” (161). What might that style look like?

I don’t know. But sometimes the past can give us hints about the future. The Medieval world might, for example, suggest how and why different styles rise and fall. For people in that era, the cosmos was a thing of intricate beauty, ornately crafted by the Master Artisan who wove spiritual realities into his creation. No wonder their very prose and poetic styles reflected this worldview.

And no wonder Hemingway shunned such a style. His world (and ours) is stripped bare of all but what can be seen and touched, measured and analyzed. We live in a complex, intricate universe—yes. But one of lifeless particles guided by the impersonal forces of gravity, electromagnetism, and subatomic energy. Even in our imagination so-called spiritual powers are generated by the material (think the Force of Star Wars) not the other way around.

This flattened perspective nonetheless seeks to fill the gap left by a world without wonder. So often we are beholden to the spell it weaves. As Lewis said eighty years ago, “You and I have need of the strongest spell that can be found to wake us from the evil enchantment of worldliness which has been laid upon us for nearly a hundred years.”*

We need new stories and new ideas to break this enchantment, to be sure. But perhaps we also need a new style of writing, a style that itself reflects a universe populated not merely with quarks and quasars, bosons and black holes but also one infused with mystery and meaning, beauty and blessing. 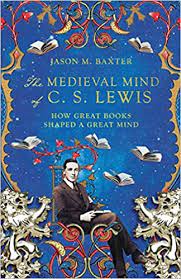 Lewis especially admired how Dante achieved this. He showed “how an artist could cast a ‘counterspell’ in which the good feels weighty and attractive, a spell to overcome the ‘evil enchantment’ cast by modernity.” In Paradiso, instead of picturing an insubstantial existence of clouds and harps, “Dante’s poetry gets more concrete, more sensible, more tangible, with every step closer toward God.” The poet adds another dimension as well. “Dante simultaneously combines ‘weight’ and ‘soaring,’ and thus paradoxically renders sensible that which is beyond language.”**

We can more readily imagine how this might be played out in fiction (as Lewis himself did in The Great Divorce). But what kind of writing style might reflect this re-enchanted world? I don’t think it will or should simply go back to mimic Medieval patterns. We have to move forward in ways that are mindful of the world we have now. If you know of examples to suggest that might achieve this, I’d welcome them.

Style in writing matters. Not only do the ideas we employ communicate meaning and substance, but so does the way in which we write.