As it turns out, Pablo Picasso and Oscar Wilde are also credited with saying the same thing—which perhaps proves how true the saying is. While we actually can’t find any evidence that Eliot made this statement, he did say say something very much like it:

Immature poets imitate; mature poets steal; bad poets deface what they take, and good poets make it into something better, or at least something different.*

What did he mean? 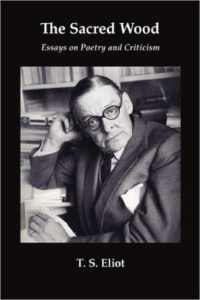 In a way, he’s saying all writers, indeed all artists, take inspiration from the past. Bad writers take something from the past and make it less than it was, turning it into nostalgia, sentimentality or sensationalism. We can all think of examples.

Eliot went on to say, “The good poet welds his theft into a whole of feeling which is unique, utterly different from that from which it was torn; the bad poet throws it into something which has no cohesion. A good poet will usually borrow from authors remote in time, or alien in language, or diverse in interest.”*

Good writers take from the past and add to it, creatively turning it into something different and perhaps deeper. Everyone borrows when creating a new work. No one is entirely original. That’s not the point.

The point is what do we do when we borrow. Art comes not from developing something completely different but from using the materials of the past to make something in the present which speaks to the future.

One thought on “Good Writers Borrow”