NCIS is a predictable TV crime series that has just launched its eighteenth season. We usually start with a dead body. Because the death is connected to the Navy, the Naval Criminal Investigative Service (NCIS) team (led by Special Agent Jethro Gibbs played by Mark Harmon) grabs their gear and solves the crime.

High level technical analysis of DNA, chemicals, cell phone usage, facial recognition, and bank accounts lead them to the killer. One or two obvious, but ultimately innocent, suspects are thrown in to throw us off track. They rarely do. Quirky conversations among the team members give it a light accent. It’s all very formulaic. And I love it. 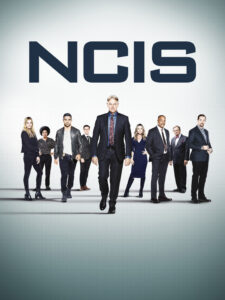 Why? We live in a world that often seems so random and chaotic. None of us knows who will get cancer next, be in a car accident, or where the next war will break out. Experts famously fail in making such predictions. We can increase the odds of living a healthy life, but we have no guarantees.

NCIS offers a different message. It tells us that the world has order. One of Gibbs’s famous rules, in fact, is “There are no coincidences.” We can know the truth. It takes hard work, hard science, teamwork, and intuition, but we can find it.

Some criticize crime procedurals like NCIS for more than their lack of artistic merit. As Helen Lewis notes, “In his book Homicide, David Simon argues that crime procedurals have created an expectation among juries that a trial will present them with a clear motive, a logical sequence of events, and some slam-dunk evidence for good measure. Many are surprised to find that real life is rarely so generous.”

Despite its shortcomings, NCIS has one more important message that I need to hear, that we need to hear: Justice exists and it is worth fighting for. Right and wrong are real, and we can successfully fight the wrong and work for the right. We may have setbacks and it may be complicated, but we can get there. And even if we don’t, it is right to try.

Yes, for me NCIS is a guilty pleasure, but I don’t feel too guilty.