Should religion and politics mix? Many today decry the involvement of “evangelicals” while others hail their impact. Religion has always had an influence. But are there better ways and worse ways to do it?

In the 1830s Alexis de Tocqueville wrote in his classic Democracy in America that the clergy wielded extraordinary and positive influence in the country. How did they do it? Counterintuitively, they succeeded precisely because they deliberately distanced themselves from political parties.

As Robert Tracy McKenzie, in his landmark book, We the Fallen People, summarizes it,

It is by keeping all political parties at arms’ length, Tocqueville concludes, that America’s religious leaders have helped to make religion “the first of America’s political institutions.” By eschewing power, they have grown in influence. But note that this influence is indirect. “Religion in the United States never intervenes directly in government,” Tocqueville explains. “One cannot say” that it “influences the laws or the specifics of political opinion.” What it does is influence American mores, and it influences mores because “Christianity maintains more actual power over souls in America than anywhere else.” (p. 239)

McKenzie highlights Tocqueville’s exceptionally clear explanation of why direct identification with a party is so problematic for Christians, though really for any religion. This French aristocrat and nominal Christian shows a clearer understanding of the priority that the gospel should have over politics than many today.

American clergy in the 1830s recognized what so many contemporary Christian leaders have forgotten—namely, that political influence always comes at a cost to the church. When Christians ally themselves with a particular political leader or party, the church “increases its power over some but gives up hope of reigning over all.” The reason for this [writes Tocqueville] is straightforward: “Religion cannot share the material might of those who govern without incurring some of the hatred they inspire.” (p. 239)

I have friends, and perhaps you do as well, who have turned their backs on Christianity because they so disagree with the current policies and actions of the Republican party. Since they see so many Christians aligned with that party and its candidates, they reject Christianity too. 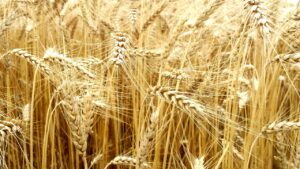 While those of us who are committed Christians are clearly called to support the causes of justice, this should not be at the cost of bearing witness to the kingdom. Indeed, many conservative Christians claim that the most important thing they can do is spread the gospel of Jesus Christ. Yet they seem quite willing to sacrifice that on the altar of political power.

In a recent article Tim Keller echoes this sentiment:

In a polarized environment, white evangelicals’ strong identification with one party and one presidential candidate has produced deep and hostile reactions from the 50% of the country opposed to this political platform. And, in general, the 50% that it has alienated is younger and more multi-ethnic. Many fundamentalists consider this a victory, rather than a defeat. My informal perception is that many conservative Protestants voted for Donald Trump, but did so with far less enthusiasm or approval than fundamentalist Christians. But in any case, the identification of conservative religion with the political Right is now very strong in the public mind, and is a turn-off [to the Christian faith] to a large percentage of the populace.

Let me be clear. The reverse can and has happened. Some churches have been so identified with left-leaning politics that they also alienate half the population to the faith.

The separation of church and state is not just a good idea for the state. It’s good for the church too. One of the reasons the church in Europe has become so weak in recent centuries is that many countries have a state-sponsored religion. Two centuries ago Tocqueville saw that this practice generates disdain for the religion associated with detested political structures. Maintaining separation gives the church more influence in society morally and spiritually.

Should the church exercise public moral leadership? Yes. Work for justice and social reform? Yes. Become identified corporately with one party or candidate? No.

—
Image by alila1 from Pixabay